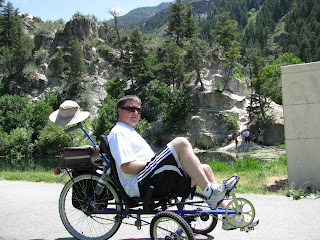 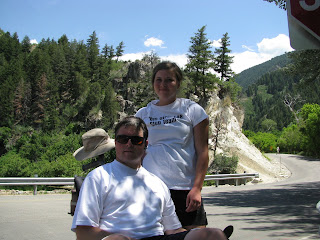 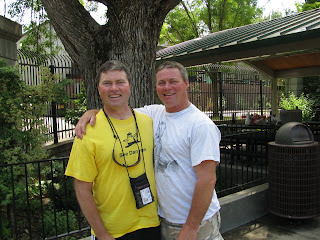 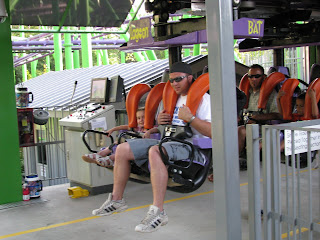 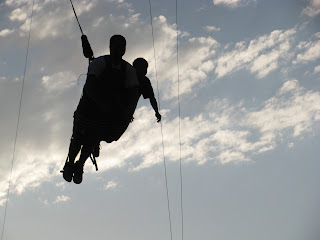 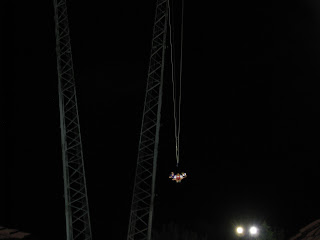 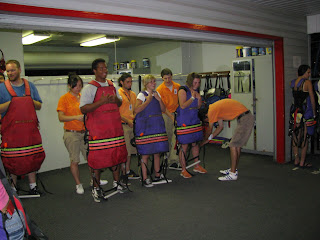 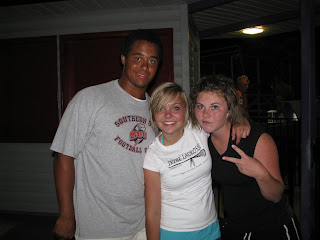 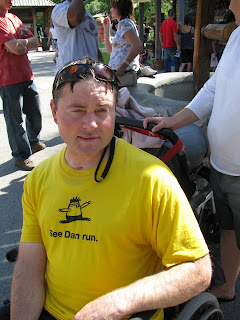 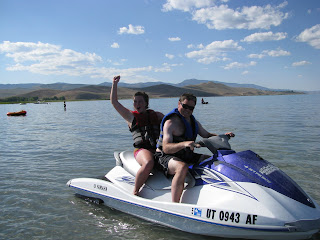 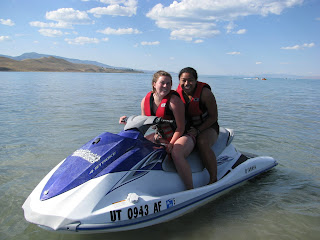 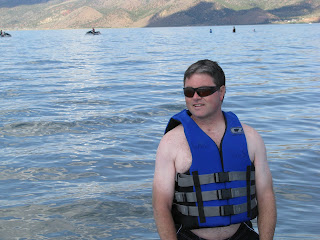 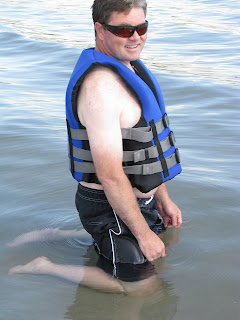 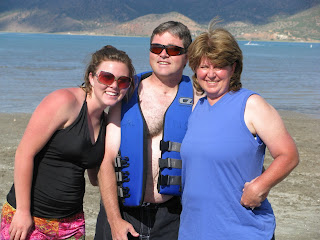 I am not sure that anyone follows this blog anymore - but if they do... I am going to start giving more updates on Dan, our family and what has been going on in our lives. It has been a busy year with many things going on since our trip to China. Dan has re-engaged in active therapy and spends the majority of his time trying to make improvements. I think there is some improvement, but it is slow in coming. He keeps working at it, and hopefully someday we will chip a piece off this block that seems to be standing in our way.

He is now going to therapy at LDS hospital (for occupational therapy) and also at Neuroworx (physical therapy). Our insurance decided to quit paying for physical therapy due to a "lack of medical necessity". This really bothers me that I have a rehab physican and therapists that work with Dan closely, and are supportive of his desire to improve, but then some committee from the insurance company decides that the progress is not fast enough, and so they stop paying. I am working to ask for a review and reconsideration, but we will see how it goes. In the meantime, Dan continues to work out on his own and does the best that he can.

This weekend we bought him a "Jazzy" wheelchair. This is an electric wheelchair that will help him get around a bit better as he travels to and from his therapy in SLC (Salt Lake City). He is quite independent... and so this chair will help him get around a little better as he navigates the downtown traffic of SLC when he has to transfer from the bus to the TRAX train system. We only have a manual wheelchair, and to make it go, Dan pushes it backwards with his one good foot. This is ok for closer to home, but when he is trying to navigate through city traffic, he needs a bit more control... thus the "Jazzy".

This weekend we ALSO went to another 5K race! These races have been inspired by our good friends at Neuroworx. Remember our good friend Casey? What a cool dude... 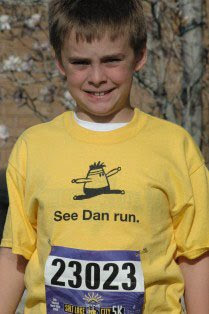 He got this "5K race" thing going by running in a race this spring wearing his "see Dan" shirt.

My sister, Ruth Ann, also ran a race in the hot Texas sun this summer -- she was a trooper and wore her "See Dan Talk" shirt in support of Dan... 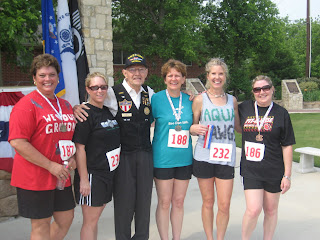 Here is Ruth Ann with the winning medalists - I think she took second place! You go, girl! 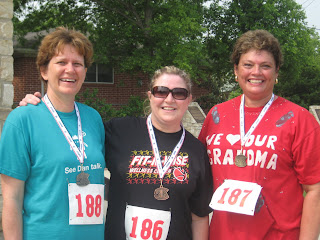 Then Dan decided to join in the fun and rode his bike with the Neuroworx team in July. As I recall, he came in second in his age class... good job, Dan! 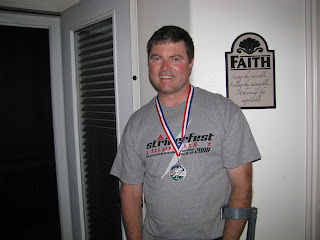 Then -- he convinced me to sign up for the last race of the season... a 5K for the Independent Living Center. We went to support Mark Christiansen, a fellow Neuroworx friend that has been a quadraplegic for 47 years... it is amazing that we meet so many stellar individuals as we cross paths in life, and Mark is certainly one of them! He always is cheerful and has a smile on his face... I wonder why we even complain sometimes and I am grateful to know people that are such an inspiration to us.

Here is a picture of the team getting lined up and ready to race! Those guys on the hand cycles are FAST! The first place guy came in at just over 11 minutes! Dan and I came in at 18:07 and 18:10 respectively... 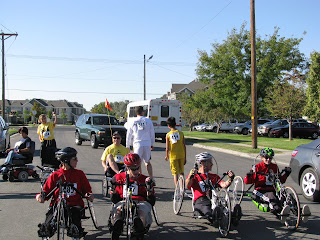 Here is a little proof that I was there and did ride my recumbant bike in the race along side Dan... ;-) 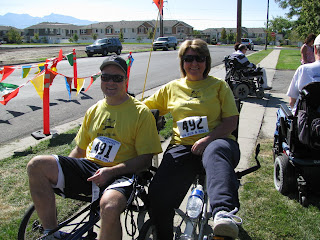 Here is Dan's therapist director (Jan) and her son, Casey (the cool dude) coming through the finish line... way to go team! 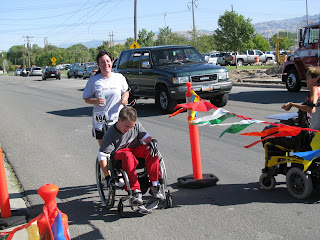 Casey took first place in the hand powered wheelchair division -- I am sure his arms are WAY tired today, but the first place status should make it feel all worth while! 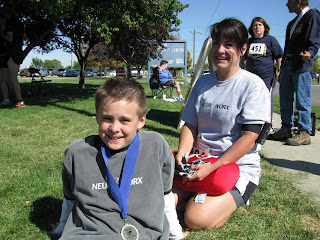 Here is Dan, Jan and Casey just chillin' after the big race! It was a fun time, and I am glad that we got to be a part of it. 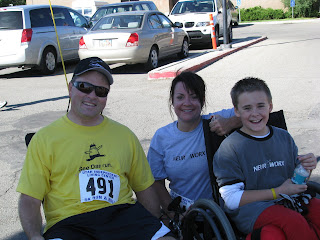